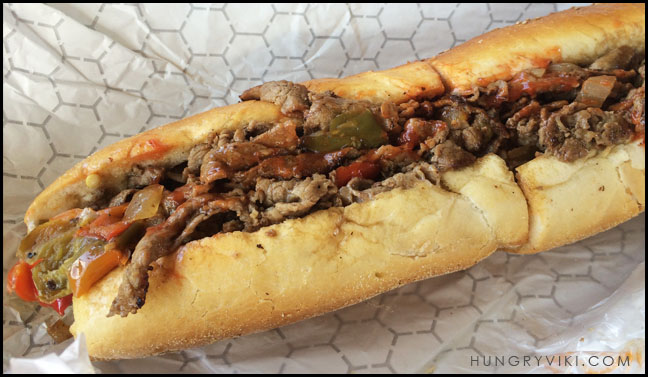 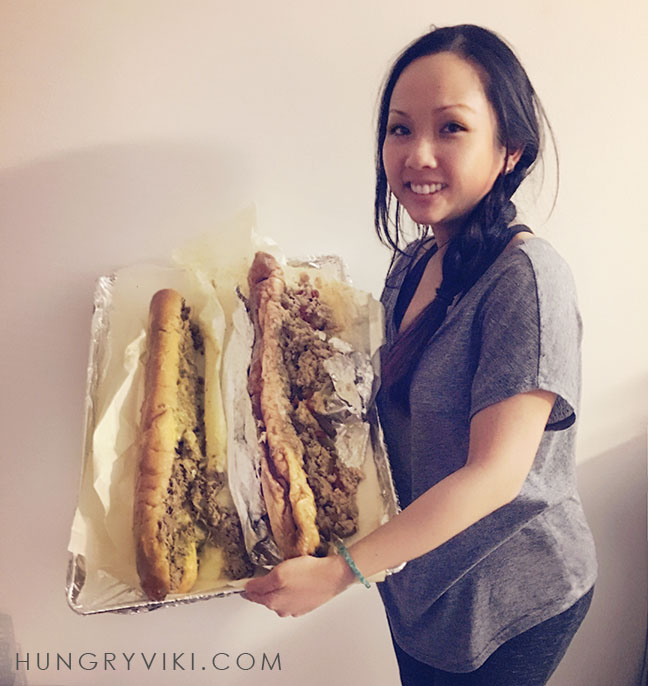 Max’s Steaks. Their whole size steaks are about 20″ long!

I’ve had my share of cheesesteaks, living in Philly for almost 8 years. In 2011, I had just moved from my home in northern Virginia with the relocation of my current work at the time. In my first couple of years living there, cheesesteaks were the main thing my friends wanted to eat when they visited. Everyone has their own preference what makes a good cheesesteak. Some like their beef slices a little more whole, some like it slightly chopped, and some like it chopped into small pieces. Some like their steaks with  whiz (many will consider it blasphemy if you get anything other), some like their’s with provolone, some like to add some mushrooms, veggies and pickles in it. All in all, no “perfect” cheesesteak is the same for everybody.

Looking back, the first few times I tried it, there were times I didn’t get whiz (I wish I did for all places that served whiz). I was a “newb”. Once again, to each their own on what cheese they like.. But in my opinion, the whiz is what makes it a “Philly” steak. Not all places serve whiz, though. I tried different combinations over the years and by my last year living there, I’ve found my own perfect cheesesteak.

You gotta order with the correct lingo when you’re in Philly. Cheesesteak places are usually pretty packed during peak hours, especially on weekends. You want to order with the least words as possible.

How to order (The Lingo):

Basically, you want to specify first if you want onions or not. Then pick out your cheese (whiz, American, provolone). I don’t always get the same thing though. There may be some days where I will crave my steaks with a bit of sauteed mushrooms or green peppers. It really depends on my mood…but my perfect basic cheesesteak will always be  “wit whiz”.

And finally, here is my list of top cheesesteaks places in Philly.

John’s Roast Pork. They’re famous for their pork sandwiches, but also serve amazing cheesesteaks. Also, they have friendly service without the ‘tude. Their bread is on point, the meat, cheese, veggies ratio is perfect, and they have a pickle bar you can pick and pack for yourself. Everything was great, nothing to complain about. 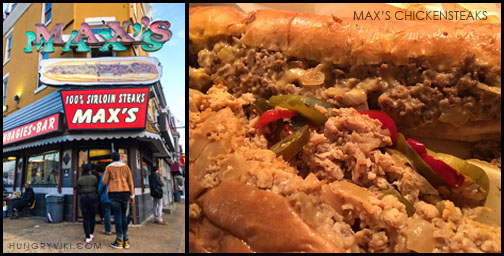 Max’s. This one is a local favorite, though it’s starting to catch on and because more touristy over the years. It was recommended to me by one of my colleagues, raving about how good their chicken steaks are. First of all, their whole steaks are HUGE. I believe they’re about 20″ long…2″ longer than the average whole steaks at other places. This place does not skimp on anything. THe meat was well seasoned, good bread, good amount of whiz. I ordered 2 wholes, a chicken and a steak. My bag was so heavy with meat, I felt the handle was going to rip. They had pretty friendly service, no one was rude. Be ready for a line out the door on the weekends. I came there on a Thursday night and they already had a pretty good line going a little before dinner time. Also it’s cash only, but they have an ATM inside. 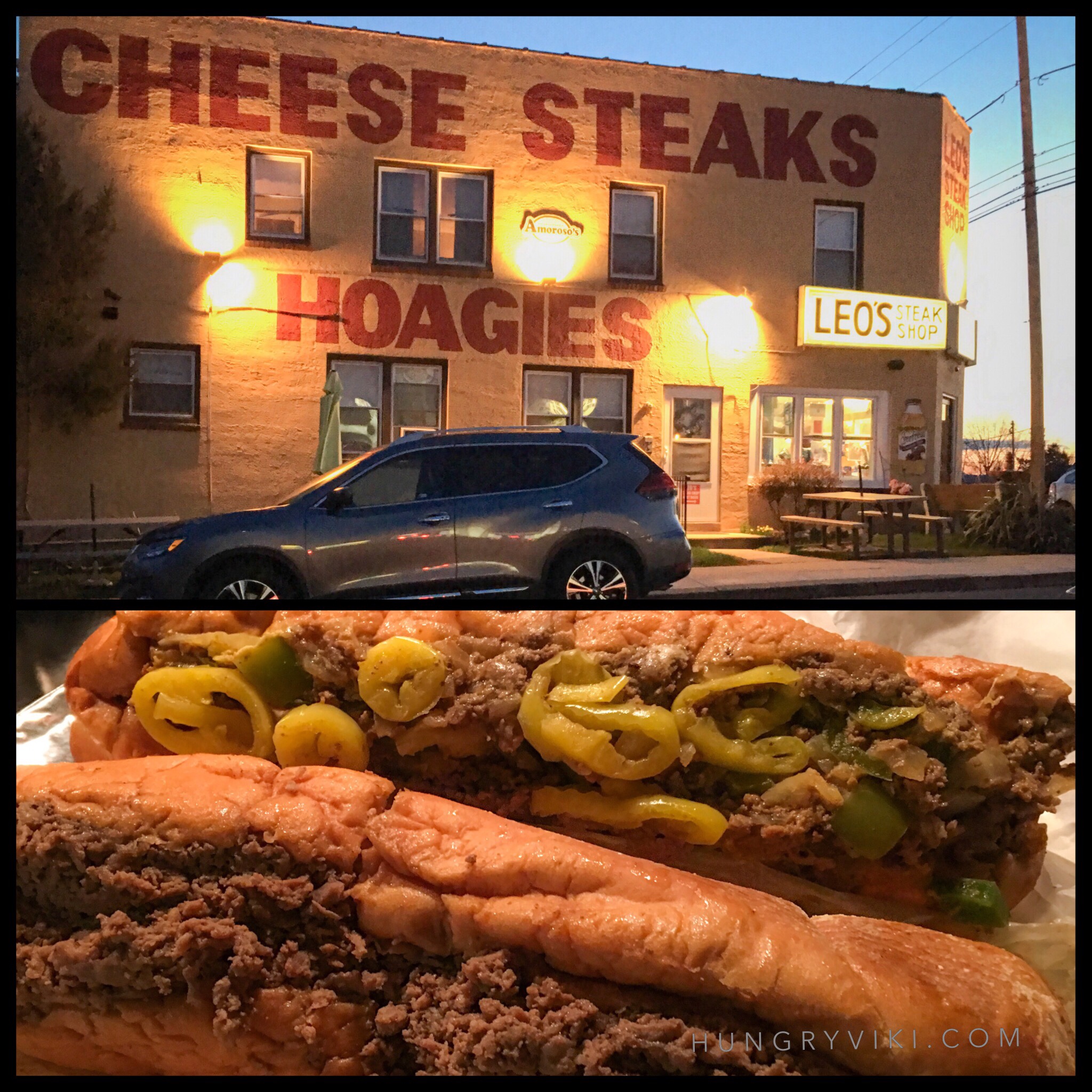 Leo’s. This establishment is located on the outskirts of Philly, in  Folcroft, PA. They, too, have a pretty massive sized whole steaks, at 18″ long. They’re also an underrated steak place that not too many people know about. Though they don’t serve whiz, their steaks are seasoned well and bread is great.

Ishkabibble’s. One of the first few cheesesteaks I tried when I moved to Philly. They’re right on South St., a couple blocks down from their rival, Jim’s Steaks. I like that this place didn’t skimp on the whiz.

Tony Luke’s. The line is long here, but they do have good steaks and bread. Their steaks are made with whole slices, they have more cheese choices here, and their bread is excellent.

Jim’s. They had pretty good steaks, though it is slightly under seasoned. This is another popular local favorite. There were many Philadelphians I’ve talked to about  best steak places, their answers were “don’t bother at Pat’s and Geno’s, they’re tourist traps. Go try Jim’s”. Being on South St., you can be sure there’s usually a long line.

Pat’s and Geno’s. Pat’s and Geno’s are about neck and neck with each other for me. I liked Pat’s slightly better (better flavor steaks), and they weren’t as rude when taking orders. Like Tony Luke’s, both places also serve their steaks a little more on the whole side. The only bad thing I don’t like about going here is that parking is terrible. Either take an Uber/Lyft/Taxi, do a drive-by order and pick up, or take public transportation. Also both places are cash only last time I checked. 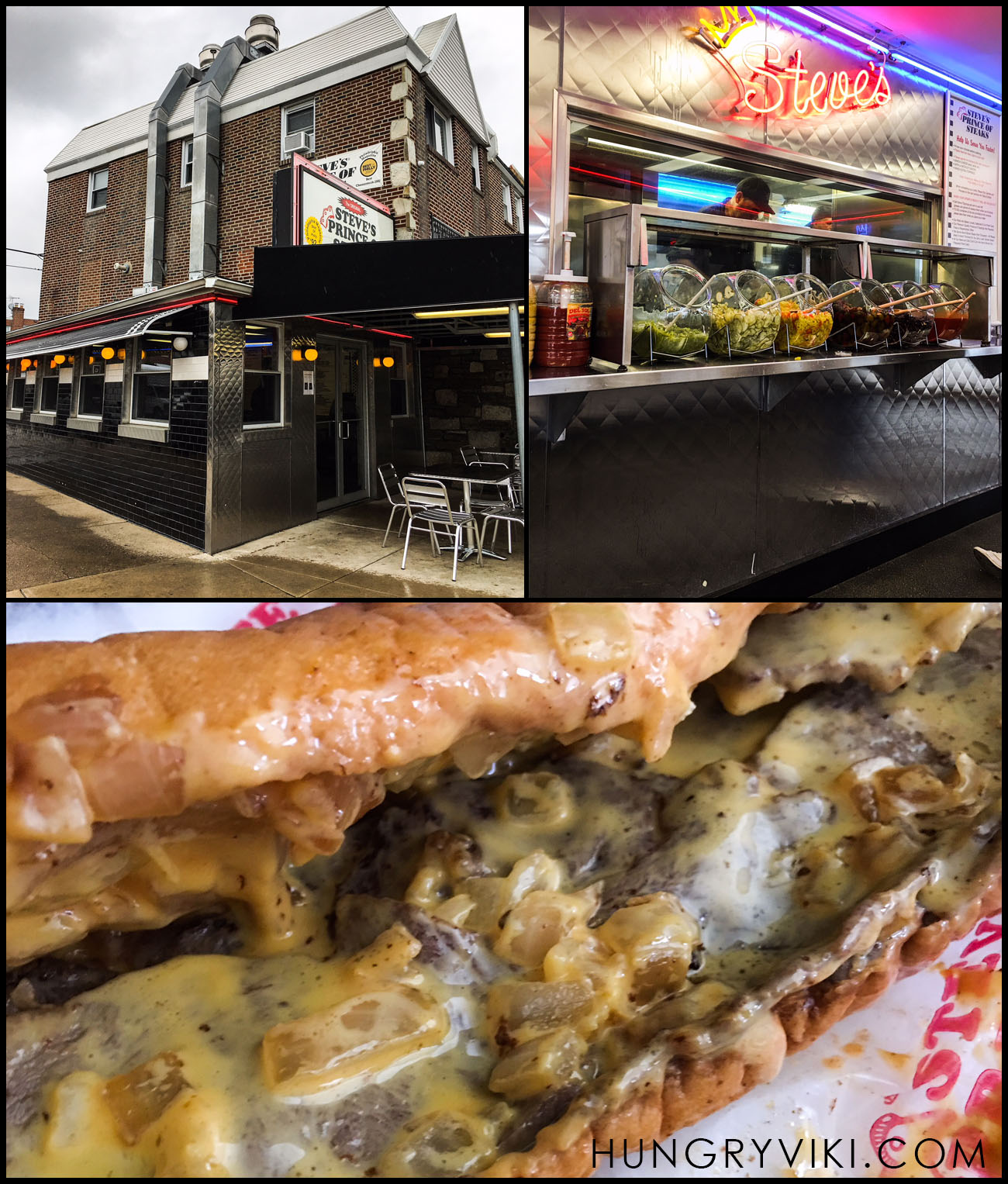 Steve’s King of Steaks. This one was my husband’s favorite. It was recommended to me by a colleague. Their bread is slightly different from other places I’ve tried. It’s very airy and chewy, I liked it. Their steaks were seasoned pretty well. The only downside was that they skimped on the meat a little for me, but my husband thought the meat to bread ratio was good. They gave a good amount of whiz, everything was sauteed and blended together well, and the meat had good flavor. They had a pretty good pickle bar. 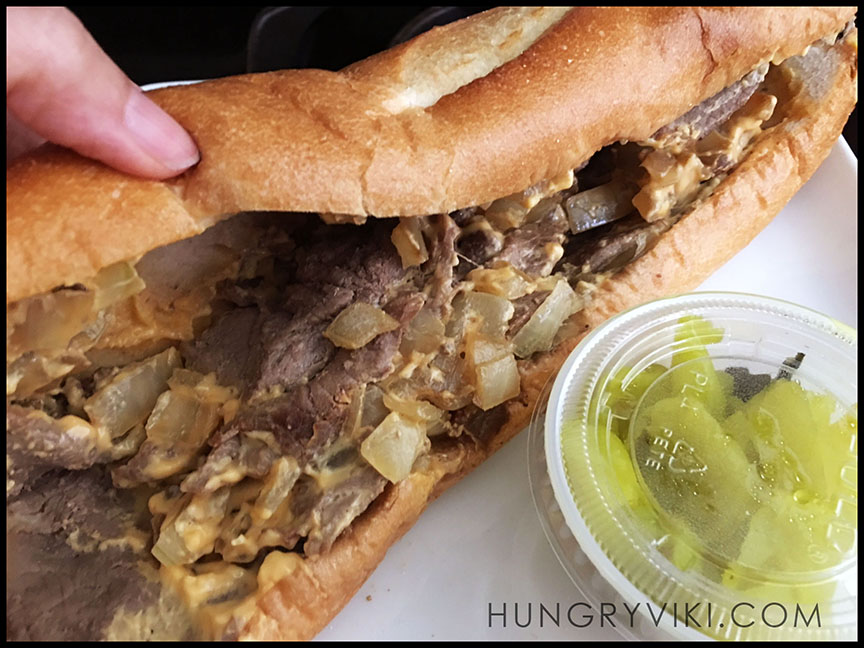 Joe’s. Their steaks and bread were very good, but they skimped on the whiz. I felt it also took a while for me to get my steak, even though there were that many people there the time I went. They do give you a lot of meat though! It’s also a cute little soda and milkshake shop with a 50’s vibe.

Dalessandro’s. Just because they are last on my list doesn’t mean their steaks aren’t good. This was one of the first few steaks places I tried when I moved here. I was still learning about my preference for steaks and got it with provolone. What I should’ve done was get it wit whiz. I remember their steaks were juicy, but a little under-seasoned. My friend that I tried it with, was impressed with their steaks. This place is on the top of the list for local favorite and has quickly became increasingly popular over the years. I’d still like to go back one day and order wit whiz.

There you have it. My list of top cheesesteaks in Philly. New cheesesteak places are poppin’ up all the time it seems. I feel like every time I check, there’s a new place I haven’t tried. Writing this kinda makes me want to have a cheesesteak right now… 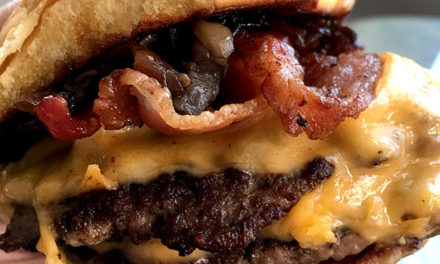 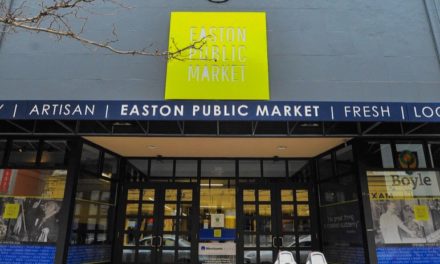 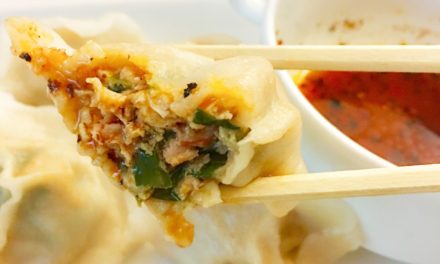 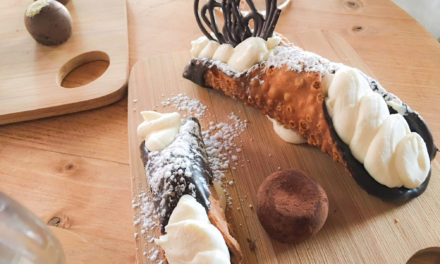 Rim Cafe – A Truly One of a Kind Experience 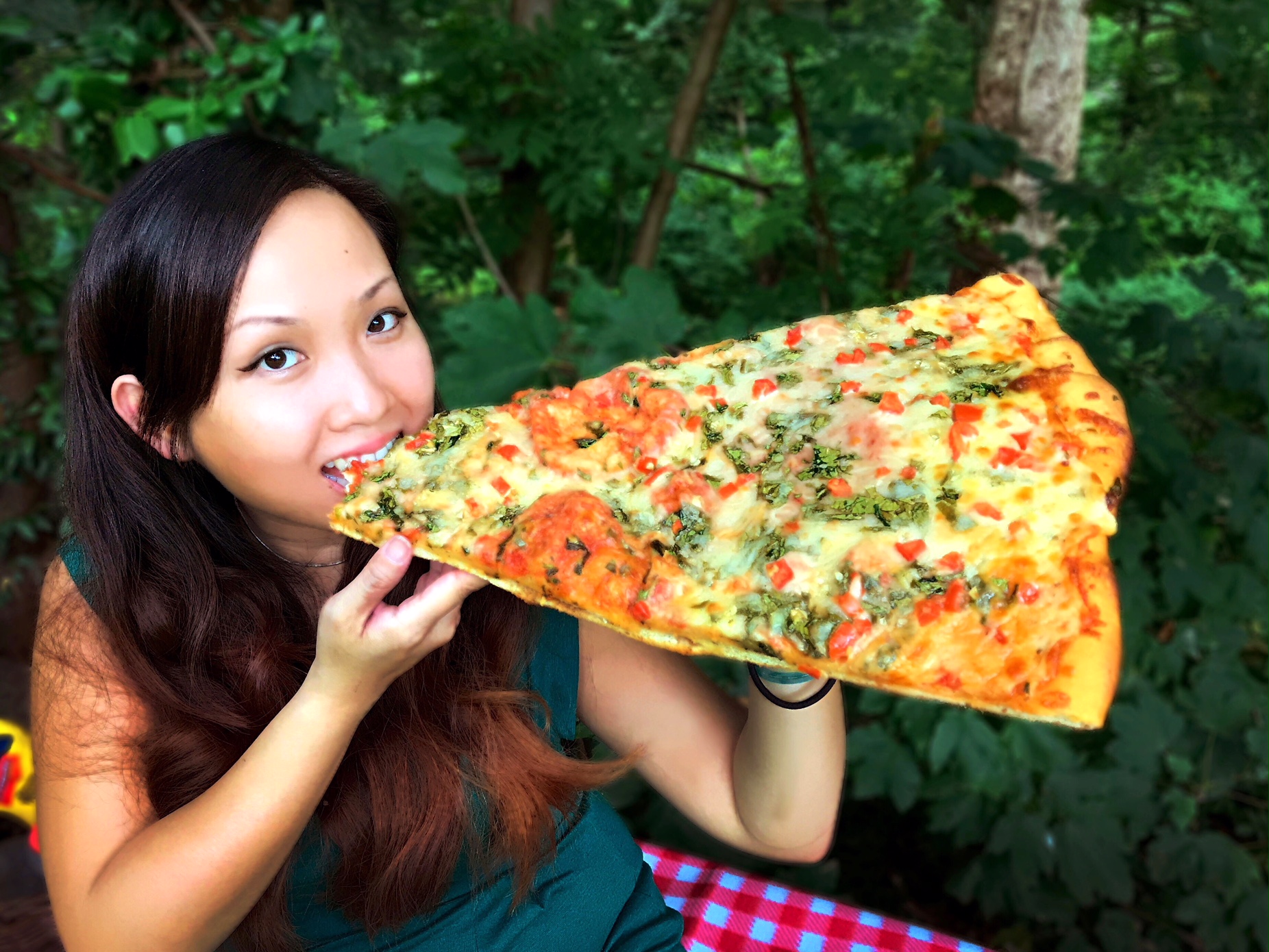 Hello and welcome to my world of food lust. I'm a graphic designer, mom, food adventurist, and artist. Here you'll find some food experiments, recipe short-cuts as well as some favorite recipes, mom tips, random art videos about food, rants and raves about Philly and Northern VA life. Oh, and I write a lot about Vietnam too. Please feel free to contact me with any questions, recipe/experiment requests..etc, etc.. Look around and enjoy!